Good morning everyone, there’s a hefty amount of artwork that our Character Design Lead, Lost, has been working on over the past few months. I’ll pass the rest off to him so he can better explain his thought process below. 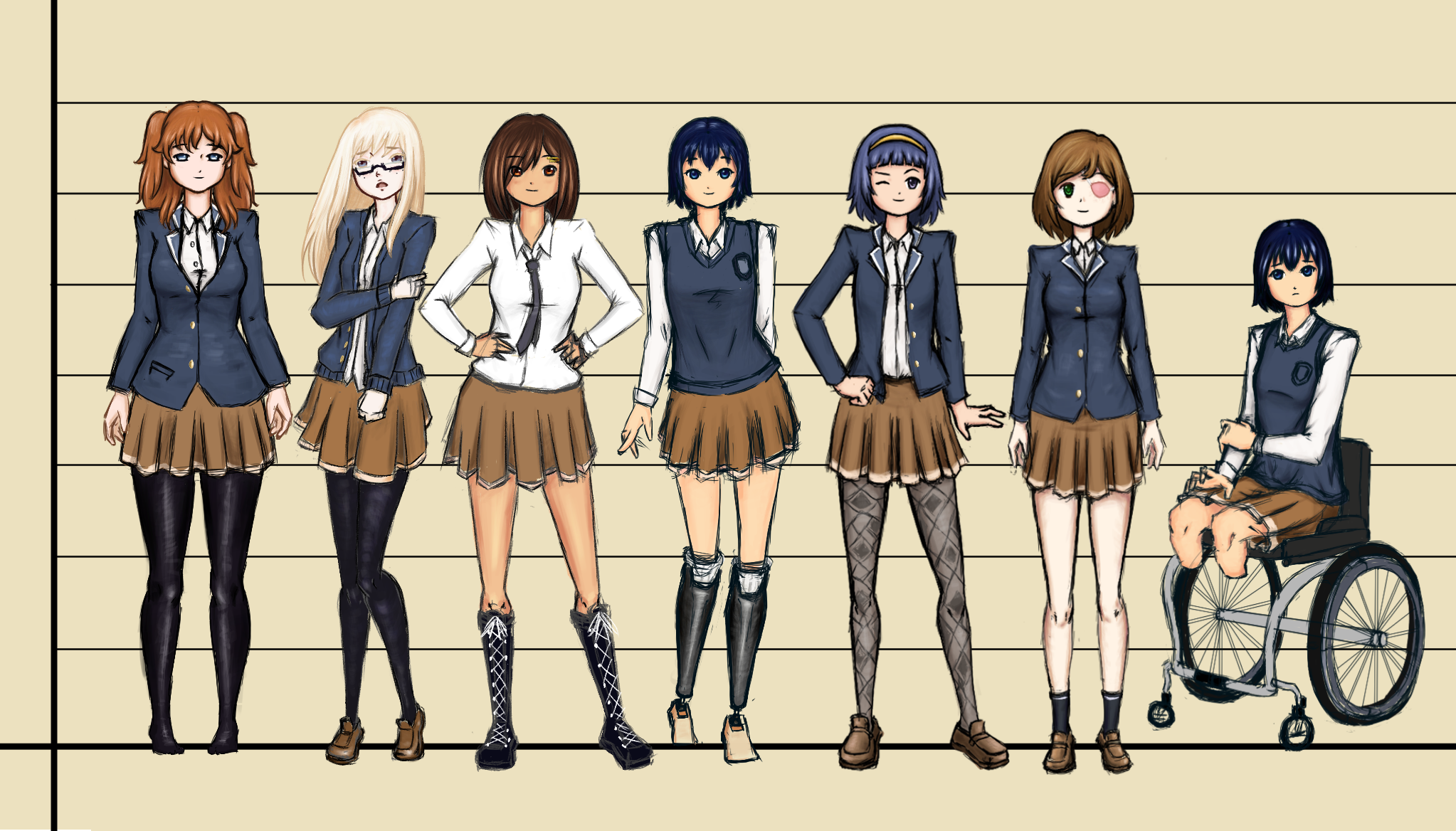 During the start of the summer, the big thing I wanted to accomplish was building on the foundation of the art of this game. Whether it was for providing sufficient reference for whatever new artist we may bring in or to give you guys a better idea of what the complete main cast will look like once the sprites are complete, this is something that I wanted to accomplish. A part of this was to give final tweaks to some characters, particularly Kameko. 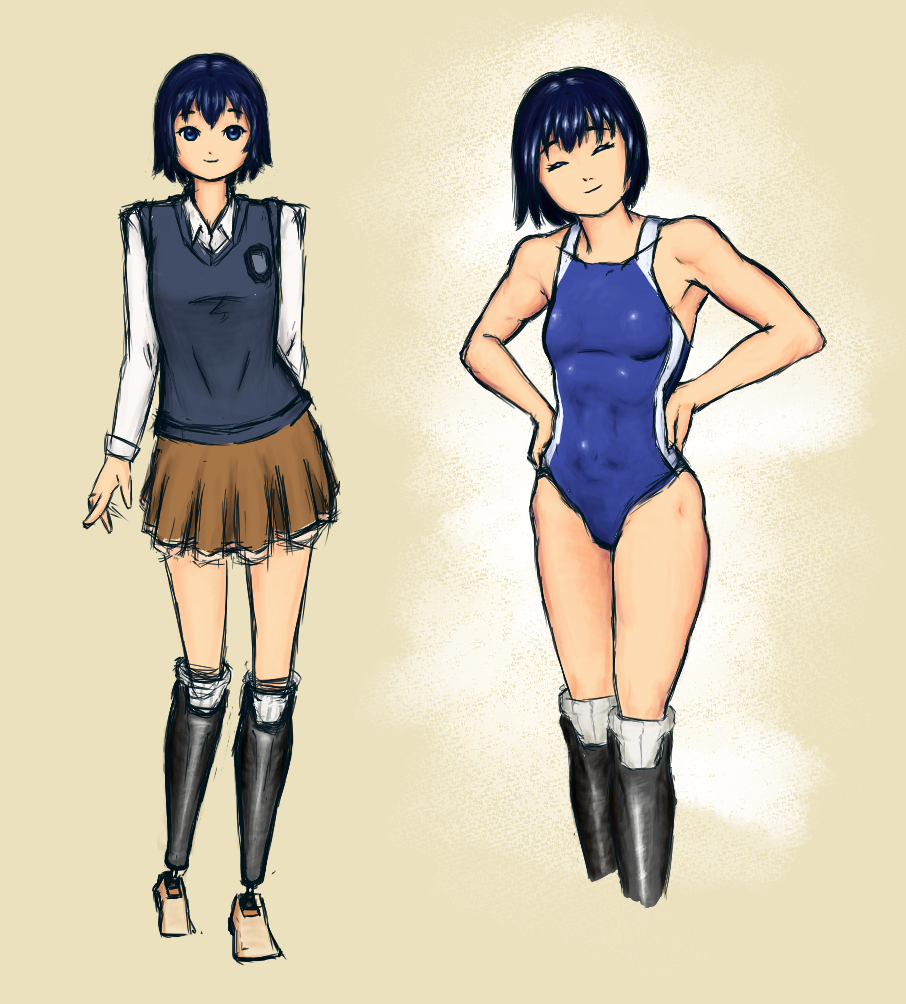 Stuff like delving into more of the particular anatomy of the character was something I wanted to delve into since my art in the last update didn’t look right, as well as show what her school uniform would be. Also wanted to figure out how she would display herself in her wheelchair since I didn’t want to just copy our current sprites(which can be seen in the line-up above). 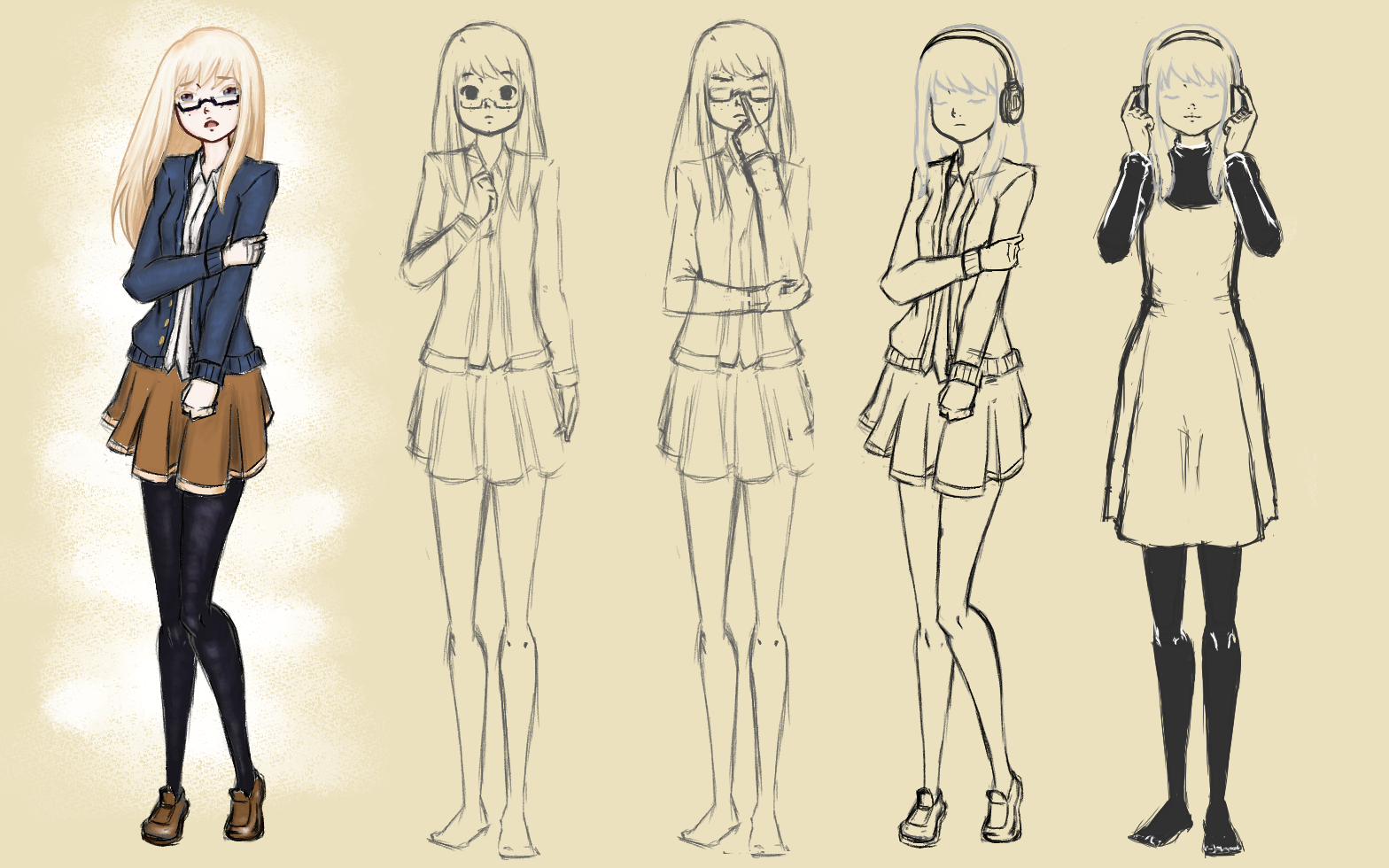 The big thing that I wanted to get done though was lay down the basic gist of what the sprites are gonna look like for the new characters. I didn’t want to keep you guys guessing since the process to get these drawings presentable as a sprite that will work in game is gonna take a while so it would be best to show what the main idea is now. Up above are the poses for Rina’s sprites. Below  are the poses for Masuyo. 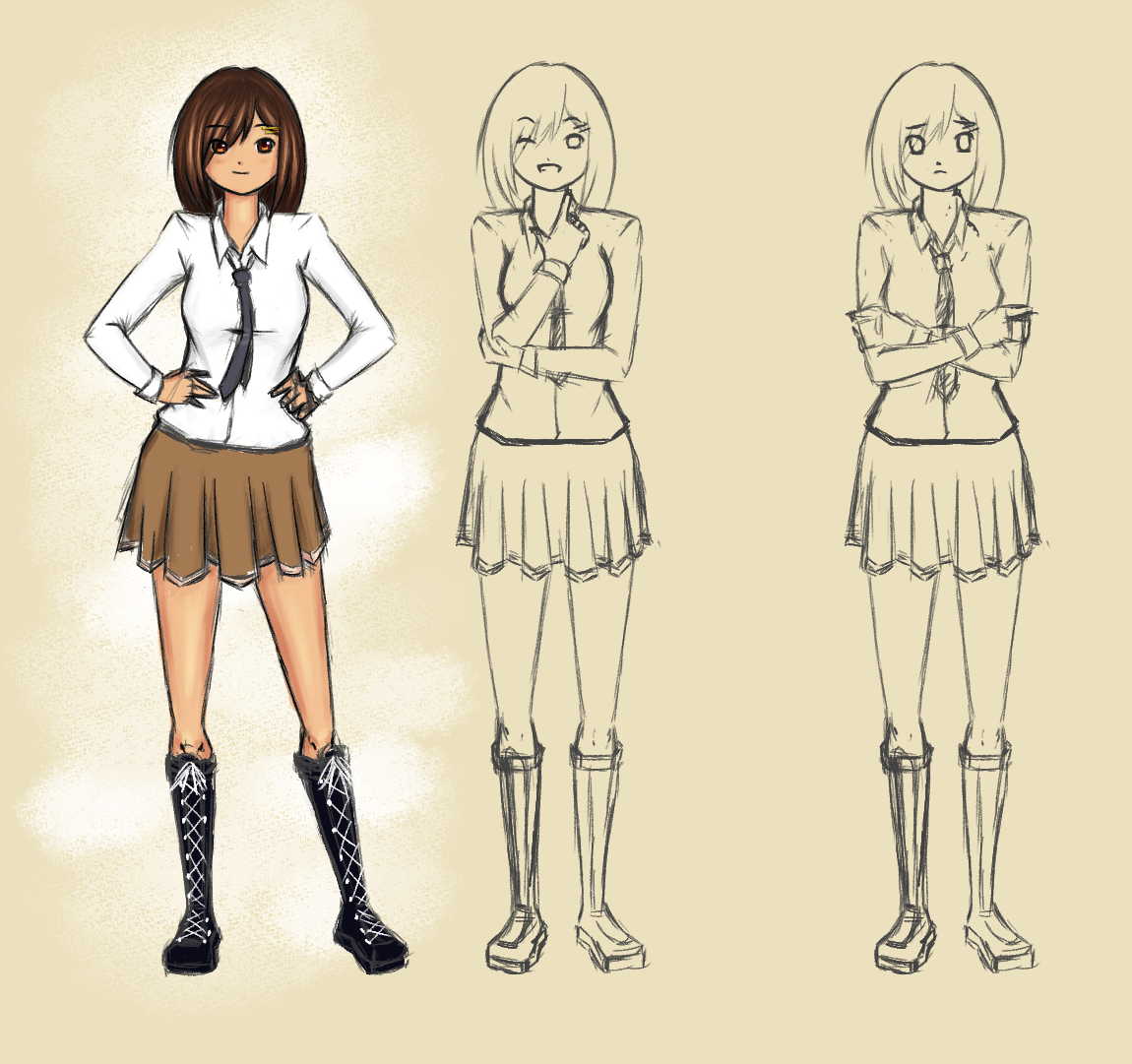 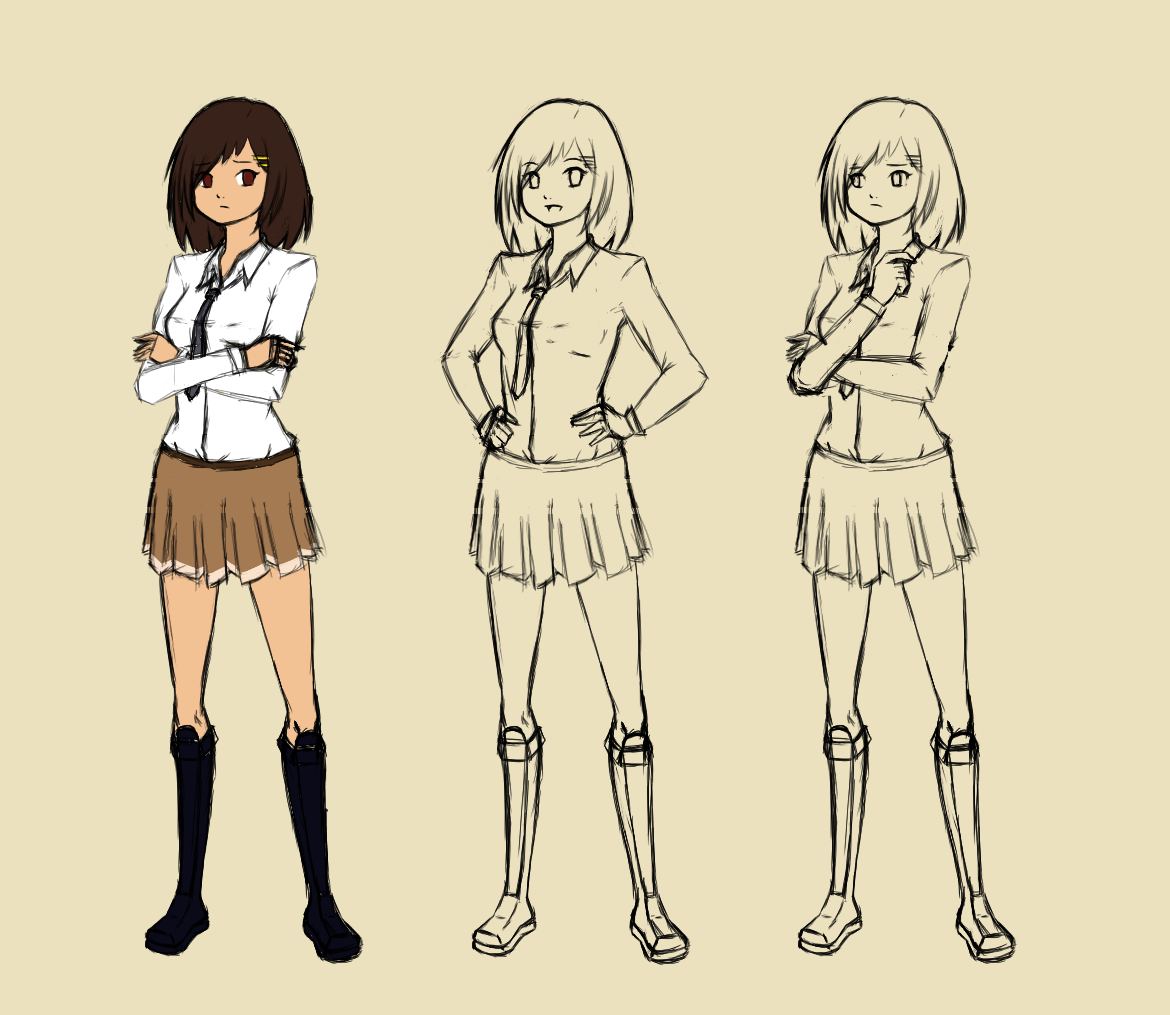 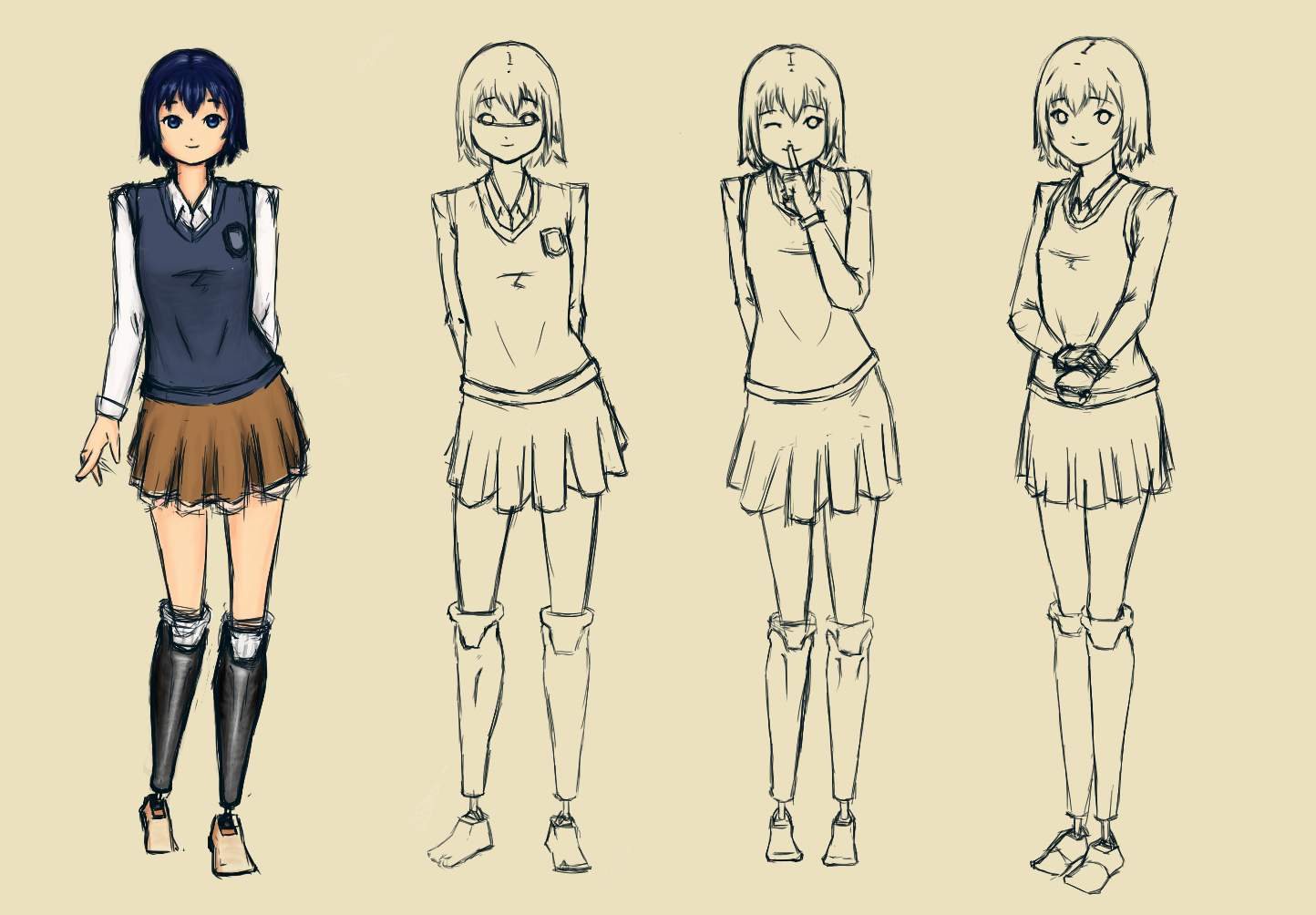 Barring Kameko who will need more work given the extra set of sprites for her in the wheelchair, Rina are Masuyo are fairly far along, for them it’s just a matter of redrawing the concepts on a bigger scale and ironing out the kinks like caring for details such as the hands, eyes, etc. I hoped that we would have brought on another artist at this point to make the process faster, but if it ends up lying solely on me it shouldn’t take that much longer.

There are a few more things that I’d like to show, but I don’t want to make this individual update longer than it is, so I will show the extra stuff on our discord chat. Feel free to give any comments you may have while I do so, I want to make sure the art for the game is as good as possible. Thank you for your time.